You are here: Home / Pride Parade 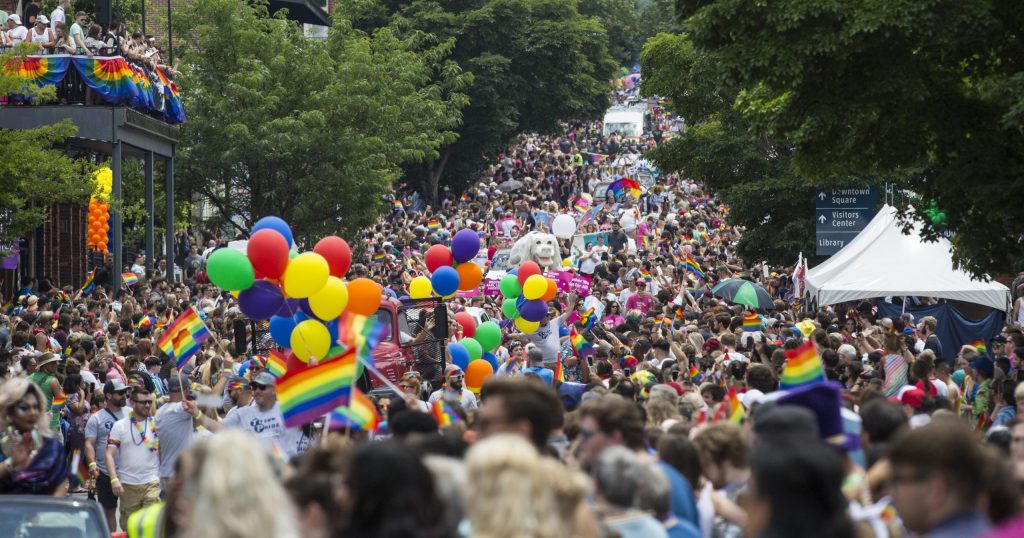 The 18th Annual Northwest Arkansas Pride Parade on Dickson St. in Fayetteville is expected to be bigger than ever this year. The parade is moving to 5:00 p.m. to relieve downtown event traffic congestion, create visibility for Trans March earlier in the day, and improve the Festival experience. The parade route, which starts at East Ave., is being extended to end at Arkansas Ave. to accommodate growth. The Northwest Arkansas Pride Parade will be broadcast live on social media platforms, courtesy of Cox Communications.

This year, there are no Covid-related restrictions on parade entry size or total participants. However, Parade participants will be limited on what can be thrown from parade floats, to reduce litter. Parade registration opens April 1st and closes May 31st.

The 2022 Northwest Arkansas Pride Parade Grand Marshal is Norman Jones. His decades of LGBTQ advocacy have impacted hundreds of thousands of people across the country. In 1973, Jones represented Arkansas as the first Miss Gay America. In 1975, he assumed ownership of the pageant and ran it and other contests for the next 30 years. Jones also operated Discovery and Trinity Nightclubs in Little Rock, the state’s longest-running queer establishments. Jones crossed picket lines, knocked down barriers, and provided support during a time when there were few advocates for the LGBTQ community, as well as helping launch the careers of many professional actors, television personalities, and dancers. 2022 commemorates 50 years of the official Miss Gay America and Miss Gay Arkansas Pageants.